IN VITRO
IN CELLS
TOOLS

We are interested in the regulation of mechanical forces production by the actin cytoskeleton. Using traction force microscopy with micropatterned cells we can precisely quantify the forces developed on cell-matrix and on cell-cell adhesions. We investigate the role of proteins associated to cell adhesions and actin cables as well as the effect of actin cable’s size, number and spatial organization in cells. We are interested in the mechanical changes associated to key morphogenetic event such as the epithelial to mesenchymal transition. 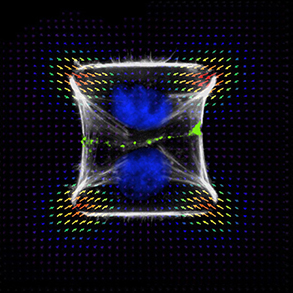 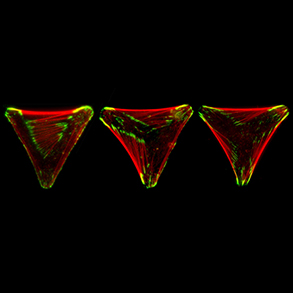 The centrosome got its name from its geometrical position “at the center of the soma”. It is indeed generally observed at the geometrical cell centre in culture conditions or during specific developmental stages. This centering mechanism is remarkably robust and can adapt to asymmetric external adhesive cues. However, in some specific conditions, the centrosome can be off-centred and close to the cell periphery. It is notably the case in quiescent cells where it supports the growth of the primary cilium. Our aim is to understand the mechanisms regulating centrosome centering and off-centering. In particular we would like to characterize the force balance acting on centrosome that stem from mechanical forces developed in both actin and microtubule networks. To that end we investigate the mechanical and geometrical changes in actin and microtubule networks during two interesting events: the ciliogenesis and the formation of cell-cell junctions, since they are both coupled to centrosome position changes. 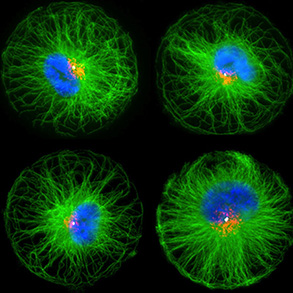 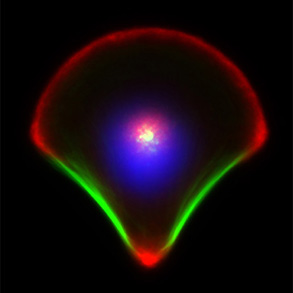 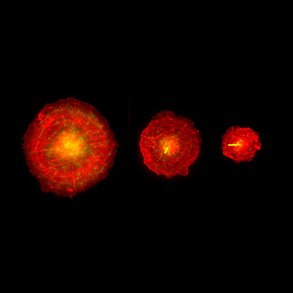 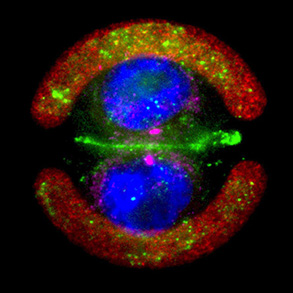